The Victorians always carved goose at Christmas, but later ate turkey when Charles Dickens wrote about it in A Christmas Carol, adopting it from the New World (America).

A few years ago celebrity chef Hugh Fearnley Whittingstall featured his 10-bird roast. Multi-bird roasts are different types of birds each stuffed inside a larger one, and the more birds involved the better.

Whittingstall was harking back to Tudor times when stuffing birds this way was fashionable. Or a different bird was eaten each day of the 12 days of Christmas (the 12 days between 25th December and the 5th January – the eve of Epiphany or Kings Day)

However the most popular bird at Christmas in the UK is still Chicken – possibly because it is the cheapest yet tastiest – and the bird of choice with British Hindus, who marinade it in spices for days for slow roasting it.

To view others or take part yourself click on: https://dailypost.wordpress.com/photo-challenges/abstract/ 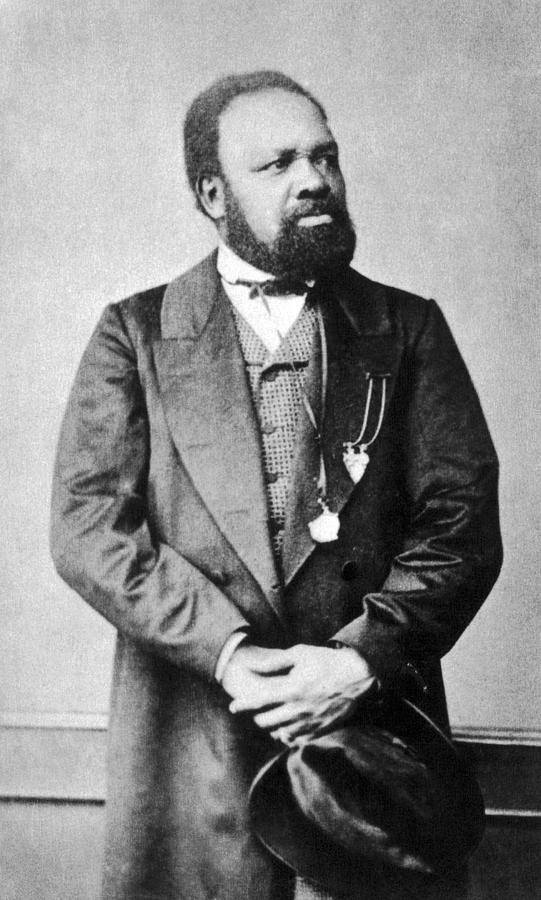 I see you stand like greyhounds in the slips,

Straining upon the start. The game’s afoot:

I love Shakespeare. Throughout the year Britain is celebrating Shakespeare 400.

Shakespeare died on his birthday, 23rd April 400 years ago. This is also St George’s Day (patron Saint of England). So this weekend there are special celebrations throughout the regions. I am going to many and thought I would highlight Shakespeare and his Southampton connections:

The Earl of Southampton

Henry Wriothesley, Earl of Southampton was Shakespeare’s patron, especially during the era of The Globe theatre. Shakespeare made such a devoted dedication in his sonnet The Rape of Lucrece to Wriothesley, that many thought that there may have been a sexual relationship between the two, though I like others feel that is was just the language of the day.

The Earl’s country seat was outside of the town of Southampton, but still in Hampshire, in Titchfield. Although his wife lived there, Henry Wriothesley spent much of his time in London, as did Shakespeare.

The Earl is also believed to have frequented or owned a pub in Southampton’s City Centre where travelling actors lodged. Some say this was The Bull’s Head (now referred to as The Tudor Merchant’s House); others say it was The Red Lion Inn. It was a council chamber where the trial of traitors from The Southampton Plot took place before it became an inn. In Henry V Act II, scene II, Shakespeare has the king sentence the plotters in the Southampton council chamber, then immediately set sail from the port of Southampton for Agincourt. Shakespeare must have listened to the Earl mention the Red Lion or some believe that Shakespeare may have had a drink there himself.

Shakespearean actors have performed at the Bargate and in theatres around the town since Elizabethan times, including Shakespeare’s own touring actors. Every British monarch has passed through this Bargate on their way to Southampton’s Port. Hangings once took place at the Bargate and according to legend The Southampton Plot traitors, that were written about in Henry V Act II, scene II, were hanged here. 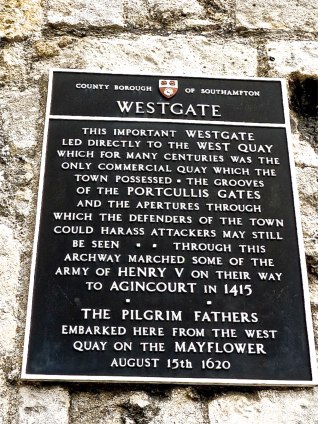 The soldiers who boarded ships at Southampton for the D-Day invasion, took inspiration from Shakespeare’s Henry V. Some of Henry V troops passed through Southampton’s West Gate to set sail from Southampton to the Battle of Agincourt.

Once more unto the breach, dear friends, once more;

Or close the wall up with our English dead.

Southampton has a long reputation for modern or innovative theatre, Ira Aldridge is recorded as the first black Shakespearean actor. He had a limited experience of acting when he arrived from New York by ship, on which he worked as crew, in 1824. But following drama lessons and a stint at a University in Scotland, he became one of the highest paid stage actors in the world.

Ira was especially loved here in the South. He performed on stage in Southampton in the title role of Shakespeare’s Othello in 1828.

Many actresses, such as Sarah Siddons (she frequently visited Southampton and there is a theatre group named after her here: http://www.sarahsiddonsfanclub.org ) and sisters Charlotte and Susan Cushman have said to have performed Shakespearean roles in Southampton in the late 1800s. Women were considered too titillating to be allowed to perform Shakespeare at London theatres at that time and certainly would not have been allowed male roles.

Guided in darkness through devil’s fen

To take part or see others who have taken part in this week’s 6 word story challenge visit: https://nicolaauckland.wordpress.com/2016/02/20/sometimes-stellar-storyteller-six-word-story-challenge-22/ 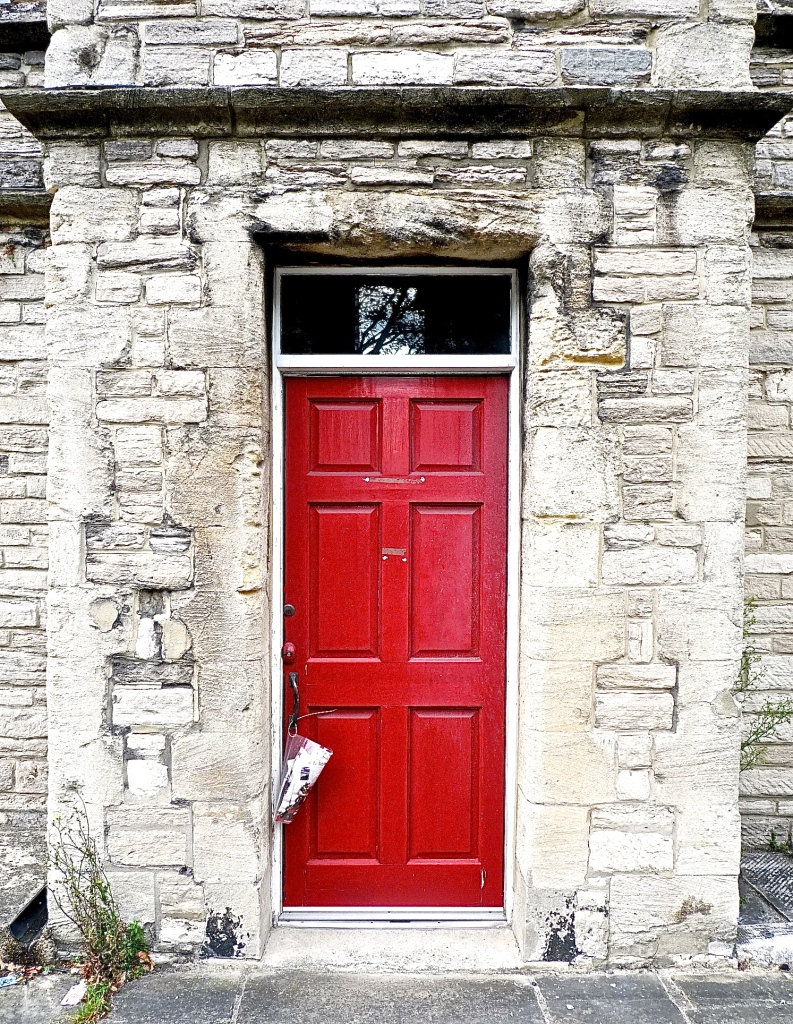 …And I think it is quite okay too!

In response to Documenting the obvious – one of the blogs I follow:

Much as I love Southampton, which has some wonderful positive things to offer cruise ship tourists (which I shall get around to writing about more – I am usually a positive person) these are some snaps from my home city in support of Banksy’s Dismaland.

If you have not heard of Dismaland then please do an image search online. This is a ‘bemusement’ park that has been opened up in South-West England, for six weeks, by a group of 59 British artists including: Damien Hirst, Jenny Holzer, Jimmy Cauty, Bill Barminski, Caitlin Cherry, Polly Morgan, Josh Keyes, Mike Ross, David Shrigley, Bäst, and Espo… headed by Banksy. Actors (as disgruntled security guards and staff) and writers have also been employed (Julie Birchill re-wrote a macabre Punch & Judy script).

The Tropicana swimming resort in Weston-super-Mare, a one-time holiday-haven, has been turned into an anarchistic statement about Western capitalism – A Disneyland gone wrong.

Banksy hails from near-by Bristol. He possibly recalls as a child, summer days on the sands and pier at Weston-Super-Mare, which have deteriorated now. The type of British family that used to spend their holiday here, no longer have money for resorts. Pictures like this can be found at tourist areas throughout Europe. In London, visitors are sad not to meet people like characters from Downton Abbey.

But don’t book £3 tickets on the Dismaland website, or you will just be trolled. The project highlights the down-side of Britain emulating USA-style boom and bust financial strategies. Our boom from the 1990s sub-prime-type/hedge-funding and such, burst its bubble in 2008. Although the Government has announced that the Country is now “doing well” – giving themselves generous pay-rises; people argue that these strategies have little way of ‘trickling down’ any benefit to the common people. There is also a sense of childhood loss, a feeling of being cheated by the false promises of a fairytale with a happy ending.

You may also want to look at this YouTube video of buskers Phat Bollard performing ‘Millionaires’ in Southampton High Street (contains swearing): https://www.youtube.com/watch?v=NhQBAu0Yypk

Facebook link: https://www.facebook.com/phatbollard. Downloads can be found at Bandcamp: http://phatbollard.bandcamp.com.

Lancaster is an Ideal Tourist location

If you visit Britain, I would recommend a good central base for visiting all its countries is Lancaster in Lancashire. Located in Northern England, not too far from the seaside town of Blackpool, it is about halfway between Glasgow in Scotland and London, just off the M6 motorway. This is a good road route if you wish to see Stratford on Avon, Birmingham, Manchester, Liverpool (sail from here to Northern Ireland) or North Wales. Lancaster itself is full of friendly people, old fashioned English pubs, and historic attractions which remain unspoilt from any war. For a wonderful arial view visit the YouTube link: https://www.youtube.com/watch?v=9Nn9_jZFs7M&feature=youtu.be

Lancaster Castle, also known as John O’Gaunt’s Castle, has its origins as far back as the Roman times. The castle was first used as a prison in the 12th Century and right up until its closure in 2011. Hundreds have been hanged after trials here, including the Pendle witches in 1612.  The castle operates regular tours, including a specialised ‘Graffiti tour’.  Historians were able to find out much about the town’s ancient history from what was scratched on its walls by prisoners. To find out more of what you can do the castle visit: http://www.lancastercastle.com

Its all gone Pete Tong at Her Majesty’s Prison Lancaster!

The Queen who owns Lancaster Castle, has recently found herself to be an accidental Landlady of a popular nightclub. British DJs, who became world-famous after performing in Ibiza, hire the ‘A Wing’ of the ex-prison as a club.

Raves in unusual places, popular in the 1980s, have undergone a huge revival and spread throughout the world – so has its music, from drum & bass or garage to acid house and hard techno. (The most unusual rave I attended, over 30 years ago, was Mutoid Waste’s first event inside London’s Battersea Power-station. The Mutoid Waste company is one of the main attractions now at the Glastonbury festival for steam-punk, mechanical fairground sculptures).

The WordPress Photo Challenge for this week is  – Creepy

I realised that I had far too many creepy photos to choose from: haunted, half-timbered English pubs – shocking Spanish-museum artefacts – abandoned Ministry of Defence buildings – rotting submarines…  In the end I went for the one I like, taken inside Portsmouth’s Square Tower.

This Medieval building, which is part of the fortification of Old Portsmouth, England, has had a varied, bloody history. It was reinforced during the reign of Henry VII as part of this Naval Port’s expansion.

I acted the part as Lady of the Manor at a Medieval banquet here. Saxons at a long table one side, Normans on another. I snapped this picture of one of the guards ascending the staircase to the fort’s roof.