This time of year, my friend invites us to visit her garden and collect the excess of Bramley Apples (they tend remain green in the North) from her grand tree. Bees adore its blooms. When I lived abroad this was the ingredient from home that I missed the most. An exceptionally large, tart cooking apple that has a wonderful texture when hot. 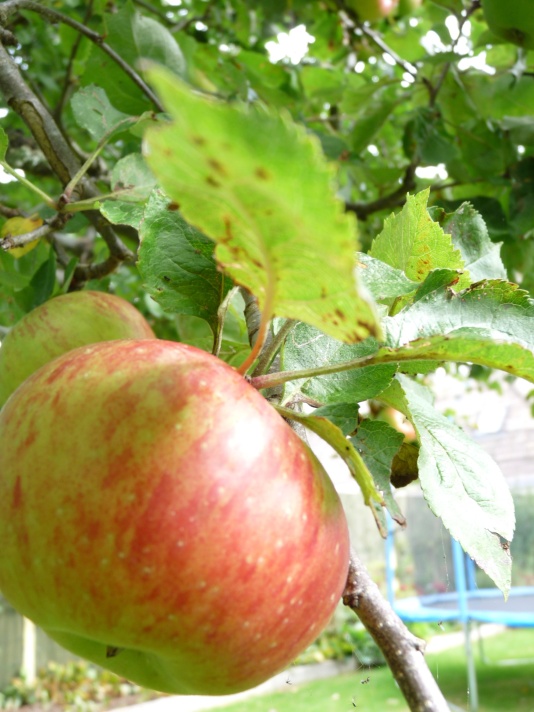 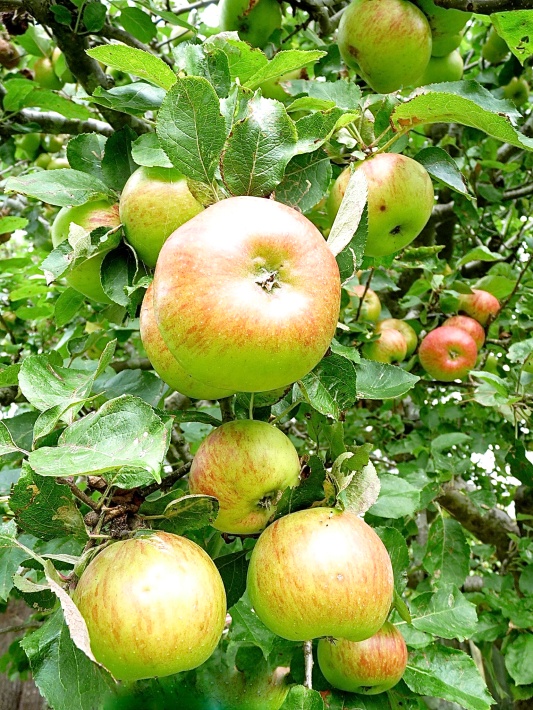 The original Bramley Apple Tree was planted in Southwell, Nottinghamshire by a girl called Mary Ann Brailsford in 1809. It was a fluke of nature. The Bramley Apple cannot be cultivated from its pips. All strains of the tree throughout the United Kingdom, come from the mother tree.

That very tree today, over two centuries later, with its own blue plaque and visitors’ book of dedications from all over the globe, is dying from a fungal infection. It is very sad.

Fortunately the University of Nottingham has enough of its offspring to continue the culture. Attempts have been made to grow them in other continents, but unfortunately they do not last long and fruit tends to be more sparse and small.

There are many websites dedicated to the English Bramley Apple, complete with recipes: puddings, pies, crumbles, dumplings, tarts, sauces and stews. It is often mixed with another English apple – the Cox’s Orange Pippin – in equal parts to make the perfect accompaniment to roast pork.

One dish that has been handed down to me (which our family referred to as Dorset Dumplings) was to core, but not peel, an apple for each person. Dry and butter the skins. Sit each apple on its own disc of pastry (puff or short-crust). Cram as many chopped or small mixed dried fruits into the cored centre. Then pour honey or golden-syrup into any spaces of the dried fruits. Wrap the apple in the pastry by either folding it over the top and sticking it down with a brush of water,  or rolled quickly with the hands so that it resembles a ball.

Place the apple balls onto a greased and floured metal tray, then sprinkle with plenty of sugar before baking them in a hot oven for 15-25 minutes or until brown.

They look like they are going to be too big to eat, but are surprisingly light (it is mainly apple after all) and are popular with children, who love the shape and the sweet-and-sour taste, without them realising they are getting essential vitamins.