Anyone who comes to visit any country in Europe must notice at first hand the increase in the number of its own citizens sleeping rough on the streets. Depression like this – we haven’t seen since the 1930s. Let me tell you about my City…

When I was a child, the only homeless people one would see on the streets in my town were alcoholics. These were normally Merchant Seamen, who had spent their whole 6-months pay on booze and women in one go. Every December 25th, my father, usually a bit of Scrooge all year, would invite someone off the streets in to join us for Christmas Dinner. My brother and I would be quite put out about this and thought it diverted attention away from us. Not least of all because the invited guest would hit the free booze as soon as possible. They would swear and tell tales of sexual exploits that were not suitable for children’s ears. My mother would hide herself away in the kitchen – we kids would hide under the table. Once there was a Canadian novelist, who made money from selling his books all about the sea. He told some very interesting stories – but he still drank heavily.

Today however, many of the homeless are just normal people, who have hit bad times. Many cannot afford to drink or smoke. I have talked to a variety of homeless people in and around Southampton. I do not offer any analysis, but here is my general observations: The youngest I spoke to was 14 years-of-age, the oldest was 82. Other vulnerable people included those with mental illnesses. I have met five couples and two families. Most are single. All of them were white. About half were British (from every country except for Wales) and the other half were from a variety of Eastern European countries. About one-quarter were ex-servicemen. Two years ago, I noticed many with dogs, now however, I notice very few with dogs. 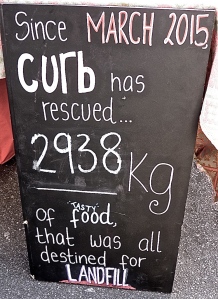 Before I go out, I try to make up bags of sandwiches using up any leftover ingredients that we would not get through ourselves. I include fruit and unwanted chocolates. If they are sleeping in nearby streets to where I live – I take cups of tea, coffee, soup or hot-chocolate. I have also recently discovered an organisation called Curb that re-distributes food waste via pop-up shops and cafes.

My own husband has debts to pay to the Department of Work and Pensions. Last Christmas he was informed that his Pension had been over-payed for the last eight years and sent a bill for £12,000 !  We are paying this back in instalments somehow. This Government is clawing back as much money as possible from the “welfare” budget (we had no idea that pension was welfare).

We are certainly not alone, we were told that thousands were in the same situation.  The “trickle down theory’ is obviously not working here. When billionaires walk past the homeless to buy a new yacht at the marina, it is obvious to me that the rich are getting rich and the poor are getting poorer. It doesn’t seem too long ago that we thought of ourselves as comfortably off.

However, I am truly thankful that I am alive, with a roof over my head, I am not at war, I eat well and have a wonderful happy family.

So though I cannot hand out money, left-overs cost me next-to-nothing – and after all – “There but for the Grace of God go I”.

So how is it where you are?

25 thoughts on “Homeless and Hopeless in Southampton”